Islamic economics is a comprehensive and independent economic theory which defines economic principles in accordance with Islamic law and takes into account the material, spiritual, social and political aspects of human life. 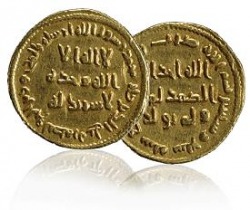 As many other economic systems, the Shari’ah aspires to attain economic ideals such as efficient and equitable use of resources, full employment and satisfaction of basic human needs. However, it differs fundamentally from man-made laws in defining economic problem by adding a moral and religious dimension.

In fact, whereas, the conventional economics systems are based of principles such as scarcity, self-interest, opportunity, cost-benefit and free functioning, Islam allows human beings to exploit the world’s resources to the best of their ability in a spirit of justice and brotherhood towards human beings. It also accepts the basic commitments of market economy, such as the right of ownership of enterprise and a competitive environment.

However, Islam adopts a more balanced approach and considers that material pursuits should have a spiritual dimension and that economic activity shouldn’t be a mundane bustle or competition among people but a key to a fair growth through participation, thus avoiding the self-interest and individualism of conventional economics.

The Islamic framework is also based on certain pivotal institutions such as the prohibition of interest, the spiritual-material mix of success, the private-public mix of property/ownership, Zakat, Waqf, etc. And the general rule of permissibility of all businesses, contracts and investments should only support practices or products that match with the rules of the Shari’ah.

The Shari’ah represents the legal framework of Islamic religious law within which the public and private aspects of life are regulated. It is based on principles revealed from Islamic sources that deal with many aspects of day-to-day life, including politics, economics, business, family, and social issues.

The key objective of the Shari’ah is to promote human welfare, which consists in the preservation, the promotion and the enrichment of Muslim faith, the preservation of human life and human mind and the protection of posterity and wealth.

For that purpose, the Shari’ah offers prominent alternative dimensions for economic activity where justice is the supreme purpose. It aims at establishing an ideal society based on justice, equity and virtue, where social security and peace are promoted, and where individuals and organisations are encouraged to cooperate in all activities in accordance with moral values in matters of goodness and prohibition from evil deeds and in solidarity with needy and deprived people.

These objectives constitute the material and spiritual welfare of the people in this world as well as the Hereafter. This welfare lies in complete justice, mercy and wisdom. It doesn’t only include the economic development and growth, but also human brotherhood, socio-economic justice, mental peace, happiness, family, as well as social harmony.

These elements of the welfare function of Islam are virtually impossible to quantify. In fact, the Islamic concept of welfare differs fundamentally from prevailing notions elsewhere in believing that economic welfare is merely a part of the total welfare of mankind; The interaction of spiritual and material concepts is representative of inner unity of Islam and economics and the social model derived from it is free from the selfish values developed in other economic systems.

Accordingly, efforts to satisfy personal needs must harmonise with obligations to the family, neighbours and society and must avoid malevolence to others. Individuals are even expected to observe in their dealings with others a climate of justice and fair play (Al-Adl); and to go beyond their minimum obligations to others; to excel in fulfilling their duties and achieving the highest standards of benevolence, kindness and sacrifice for others (Al-Ihsan).

Al-Adl and Al-Ihsan result in social equilibrium since there can be no justice without a delicate balance obtained among the many social, economic forces that shape the basic structure of the Society.

The basic difference between capitalist and Islamic Economy

The History of Islamic Finance

Standard procedure: the future of Islamic finance industry lies in its...

Islamic Finance: How Does It Make Money Without Interest?

Standard procedure: the future of Islamic finance industry lies in its...

The basic difference between capitalist and Islamic Economy